Well, it's quickly approaching our departure date and we better hop-to-it to get our chores completed. That means cleaning, organizing and eventually winterizing Rocky for the upcoming snow season. We will go through our clothes collection, and pack up the remaining dry goods, cans and jars of food stuffs to bring back home (between the bears and potential freezing temp's it's good just to do a clean sweep). We've started to get busy.  Last night it got down to 34° and I'll bet there was a light dusting of snow in the higher elevations, we're at 7200'.

A few days ago we made a big loop up towards Mt. Evelyn and saw some truly diverse and beautiful landscape. We packed up our sandwiches and fritos, cold drinks too and headed out around 10am. Here are a few shots of this area north of Red Feather Lakes. 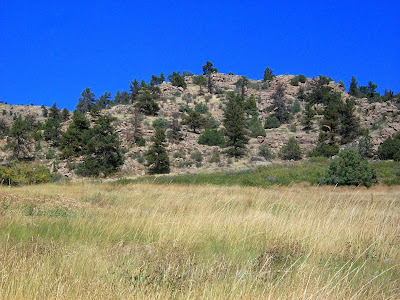 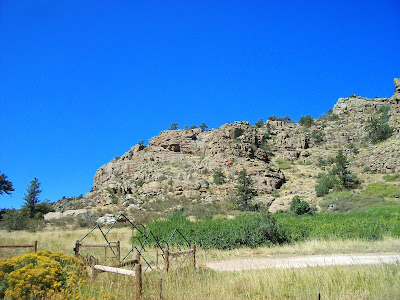 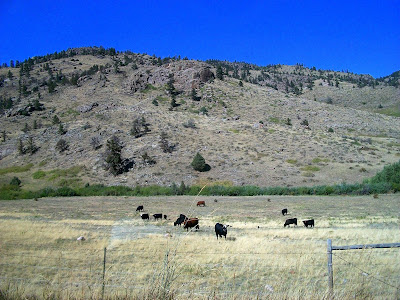 Thanks for bearing with me, lots of shots I know, but I couldn't resist.  Our route was mostly on dirt roads and took us 6 hours. A long day for sure, but we wouldn't have passed it up.  We were astounded that there was that much diversity in the landscape, all within ~60 miles of Rustic.
A great way to burn in the Colorado scenery to tide us over until next year. Thanks for checking it out, and feel free to leave a comment. Next blog might be from the road - stay tuned.
at September 20, 2021 8 comments:

The other day the famous Union Pacific "Big Boy" engine made it's appearance in Greeley, Colorado, about an hour away, and Ed decided to make his way down the canyon and over to check it out. Ed's maternal Grandad, after serving in WWI, was a railroad man his whole career so there was some early exposure and instant fascination for trains during Ed's pre-teen days, and even now.

In case you don't know about it, here's a snippet from the Union Pacific website:

Twenty-five Big Boys were built exclusively for Union Pacific Railroad, the first of which was delivered in 1941. The locomotives were 132 feet long and weighed 1.2 million pounds. Because of their great length, the frames of the Big Boys were "hinged," or articulated, to allow them to negotiate curves. They had a 4-8-8-4 wheel arrangement, which meant they had four wheels on the leading set of "pilot" wheels which guided the engine, eight drivers, another set of eight drivers, and four wheels following which supported the rear of the locomotive. The massive engines normally operated between Ogden, Utah, and Cheyenne, Wyo.

What an impressive beast! There was quite a crowd of enthusiasts present. 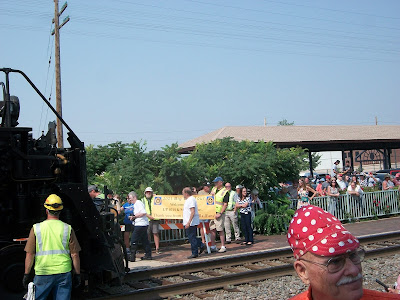 The next day I encouraged Ed to take a long exploratory drive up to Wyoming to check out the Snowy Mountains area. I had plans to continue with the deep cleaning chores I had started the day before in preparation for our winterization/departure later in the month. 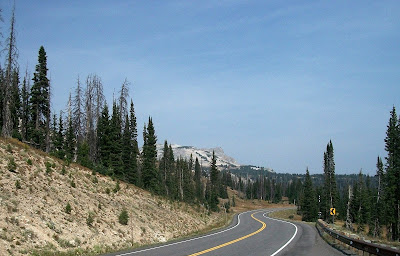 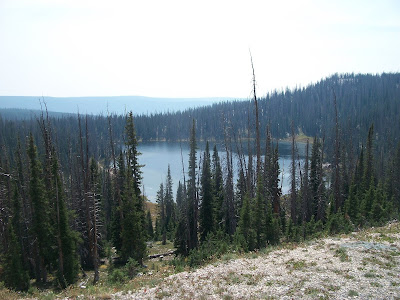 It was a very enjoyable day for us both. Again, it was quite hazy so you may be better served by googling the Snowy Mountains for better pics.
It's been a great weekend for fresh produce as my neighbors on both sides shared some of their garden goodies with us. Cherry tomatoes, luscious orange tomatoes, bell peppers and a cucumber! Yum!

That's how the last week or 2 shaped-up for us, thanks for stopping by and feel free to leave a comment!
at September 13, 2021 4 comments:

Email ThisBlogThis!Share to TwitterShare to FacebookShare to Pinterest
Labels: fire pit, Snowy Mountains, Union Pacific big boy
Newer Posts Older Posts Home
Subscribe to: Posts (Atom)
After moving to a home in Florida and selling our sailboat 'Dreamtime' we bought a Keystone Cougar 26RLS 5th wheel and parked it out in Colorado at 7200' for a cooler summer season. We try to split our time between the 2 over the course of the year.